Applying Scrolling Effect to a Block with Custom CSS Print

For DAKboard blocks that do not offer a built-in scrolling feature, customers may request such a feature be added. While awaiting acceptance and development of a polished built-in method, there is still a way to add scrolling to a block using our Custom CSS feature!  A few things to keep in mind when using this approach:

To request a scrolling feature on a specific block, please review the open Discussions for the topic, and add your own use-case to it, or open your own Discussion if you are unable to find one already underway.

To continue on and add scrolling to a basic block, login to DAKboard and edit a Screen, and identify the block to add scrolling to using the methods learned from the "Applying Custom Styles to Screens" article.

In order to make it easier to code and provide specificity, the example block here has been given the name "My Scrolling Fetch Block".  It has been set up with a URL that will pull in some text to scroll into the second of the fetched values.  Here is an example of what the block will look like, before, and then after adding the scrolling effect: 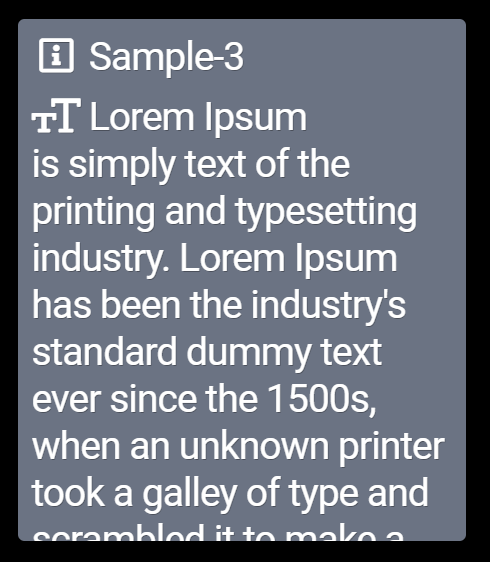 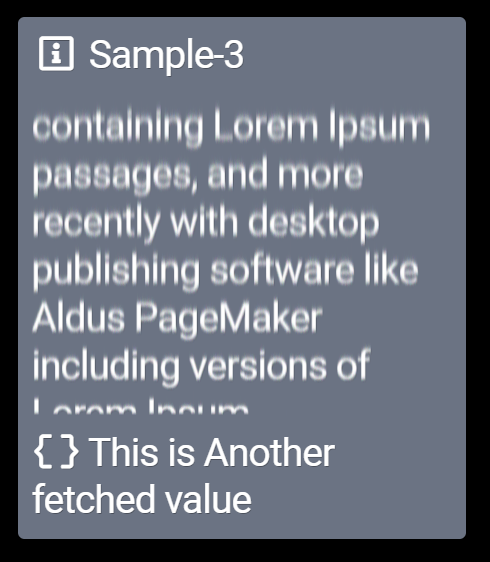 For reference, the block settings are: 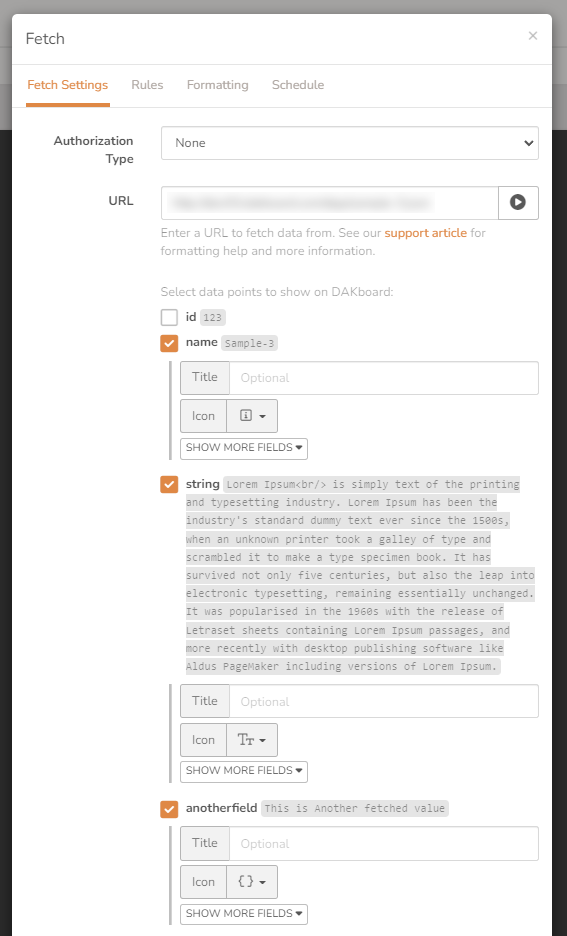 The Custom CSS this block uses is as follows:

To add this code to a Screen, the "Add Custom CSS Rules" option for Predefined Screens is located under the "Settings & Defaults" tab.  For Custom Screens, click the "Styles" button in the upper-left to open the drop-down and find the option there.

The values to change for fine-tuning the scrolling:

Stop Scrolling When Mouse Cursor is Over Contents

For those who use their Screens in a more interactive manner, we can add the following Custom CSS to have the scrolling effect by moving the mouse cursor into the scrolled area:

Changing to a Horizontal Scroll or Ticker Effect

For the side-scrolling "ticker" effect, we can create a different set of keyframes that have it start off-screen to the left, scroll smoothly in and across, until it goes off-screen at the right by adding the following CSS rule:

And, then, we tell it to use these new keyframes by changing the line in the original CSS:

Did you find it helpful? Yes No

Send feedback
Sorry we couldn't be helpful. Help us improve this article with your feedback.